Drug Withdrawal Symptoms and How to Treat Them Properly

According to the National Health Service (NHS), almost 10 percent of adults between 16 and 59 years of age in England has taken at least one illicit drug in the past year. This number shows the severity of drug use problem in the country. In addition, more than 18,000 people were hospitalized, and around 2,900 died in 2018 due to poisoning from drug misuse.

Fortunately, plenty of people who have become dependent on illicit drugs are also trying to get better. According to Public Health England’s data, more than 141,000 people with opiate dependence sought treatment between 2017 and 2018.

When it comes to opiate dependence treatment, it’s important to recognize the hardships patients undergo. One of the most challenging parts of their recovery is withdrawal. Undergoing opiate detox is a physically, emotionally, and mentally taxing process. Below, we describe the symptoms of withdrawal syndrome and the importance of getting support while a loved one is experiencing them:

Headaches and dizziness are two of the most common symptoms of opiate withdrawal. They can last for up to two months after the patient stops using opiates.

Oftentimes, heart palpitations lead to shortness of breath and difficulty in breathing. This can result in panic, which may trigger heart palpitations more. When this happens, patients must find ways to relax so that their heartbeat can regulate.

Another common symptom of withdrawal is nausea, which may lead to vomiting. These unpleasant feelings and reactions usually peak two to three days after the last time a patient takes opiates. This is one of the more dangerous side effects of withdrawal, as it may cause dehydration.

As a patient stops using opiates, their brain tries to regulate without the drugs that it has gotten used to. Muscle tremors, shaking, and sweating are the brain’s response as it chemically adjusts.

Opiate dependency suppresses certain brain functions. So when a patient seeks treatment and stops using, the brain has to play catch-up. Add this to the social isolation and mental fatigue a patient has to undergo while in recovery and depression is likely to develop.

Irritability and restlessness are typical responses from people undergoing opiate withdrawal. This usually happens because they are afraid of what will happen without the opiates that they used to use to cope.

Normal brain function is essential in sleeping. Since undergoing withdrawal means that the brain and body are out of their normal rhythms, normal sleep patterns are disrupted.

One of the more distressing symptoms of opiate withdrawal is memory impairment. This happens because opiate dependency causes damage to the central nervous system, which affects memory.

According to the NHS, opiate withdrawal is often unpleasant but isn’t life-threatening. In spite of this, it’s important for people who have developed an opiate dependency to have proper detoxification or withdrawal treatment to ensure that no lasting damage will remain.

PrevPreviousEmergency Response Plan: Minimizing the Risks for Your Organization
NextFood and Drinks to Avoid Not to End up in the Hospital During the PandemicNext 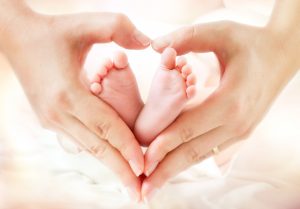 5 Tips for Cherishing the Moment with Your Newborn

Why You Should Still Work Out in Your 60s 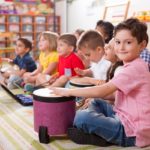 The Whys and Whats of Crafting for Children

Is Your Child Antisocial at School?