Cancer is one of the leading causes of death in the United States. Early diagnosis is key to successful treatment. That’s why it’s essential to know the early warning signs of cancer so that you can get treatment as soon as possible.

1. A New Lump or Swelling

Lumps and swellings are some of the most common symptoms associated with cancer. They’re often painless at first, but they should never be ignored because they could indicate a variety of cancers, including lymphoma, leukemia, thyroid gland tumors, pituitary gland tumors, and lung cancer.

Symptoms in the breast area include a lump, swelling, or change in size. Other symptoms of breast cancer include a bloody discharge from a nipple and pain in the underarm area. It’s important to note that noncancerous lumps may come and go during monthly cycles too, so it’s always best to get yourself checked by your doctor just to be safe. Get MRI scans at Upright if your doctor is concerned about a possible tumor.

Early detection is also crucial for cancers related to unusual bleeding or discharge — including cervical, uterine, bladder, and kidney cancers — because these symptoms don’t appear until later stages of the disease when treatment options become fewer and less effective.

For example, abnormal vaginal bleeding or discharge can be a sign of uterine or cervical cancer. Likewise, blood in the urine could indicate bladder cancer, while kidney cancer is often accompanied by flank pain.

Sometimes symptoms are coming from other health problems you have rather than cancer itself. If you’ve been diagnosed with diabetes, for example, it’s important to monitor your blood sugar levels regularly. Your doctor should also check your feet at least once every year because poor circulation makes diabetics more likely to develop infections that could lead to amputations if not treated early on.

People who smoke should also quit smoking as soon as possible because it puts them at greater risk of developing lung cancer and heart disease. Smoking can cause chronic conditions that can lead to symptoms that shouldn’t be ignored, including blood in the phlegm, wheezing, and chest pain.

4. Persistent Cough or Shortness of Breath

Cancer symptoms do not always appear as lumps, but they may also manifest themselves through persistent coughs or shortness of breath. It could be early symptoms of lung cancer if you’ve been smoking or working around toxic chemicals like asbestos (if it’s dry and doesn’t produce any mucus). Other symptoms include chest pain, fatigue, hoarseness, weight loss, fever, night sweats, chills, and coughing up blood.

Unexplained weight loss is another common cancer symptom. It could be a sign of stomach, ovarian, or pancreatic cancer. Other symptoms include gastrointestinal problems, such as nausea and vomiting, indigestion, constipation, and diarrhea.

Bowel changes also indicate various types of cancer such as colorectal (i.e., colon and rectum), bladder, uterine, ovarian, pancreatic cancers — which can cause abdominal discomfort including cramping and bloat — and stomach cancer that may present itself with constipation or diarrhea.

Cancer pain can be difficult to detect. However, if you experience unusual bone pain, it could indicate osteosarcoma (a type of bone cancer) or another type like multiple myeloma (cancer of plasma cells in the bones). Other symptoms include fatigue, fever, night sweats, weight loss, and anemia.

8. Fever Without a Known Cause

If you have a persistent fever without any known reason, it could be one of the early signs of leukemia. Other symptoms might also appear, such as generalized weakness, bleeding easily, swollen lymph nodes, and yellow skin.    It’s best to get checked by your doctor just to be safe.

Skin problems are common cancer symptoms that may manifest themselves as rashes or hives, particularly if accompanied by other early-stage cancers like basal cell carcinoma (i.e., the most common form of skin cancer ), which may cause dry, scaling skin. Other symptoms include itching, redness, swelling, and sores on the scalp.

A dry or itchy scalp may be an early sign of lymphoma, while hair loss is also a possible symptom.   However, hair loss can sometimes occur because of temporary reasons like stress, so it’s best to seek your doctor if you are worried about these symptoms. Other symptoms that point to various types of cancer are open sores on the scalp that don’t heal within two weeks, moles that change size or color, scaly patches on the skin, especially in older women, and swollen glands.

Many cancers have obvious symptoms, but others don’t manifest themselves until they’ve reached an advanced stage. This is why it’s important to be aware of the early warning signs of cancer and get treatment as soon as possible.

Interior Design Trends You Need to Try Out 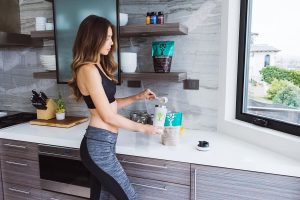 Tips for Keeping Yourself Active and Productive During the Weekends

How to Adopt a Dog 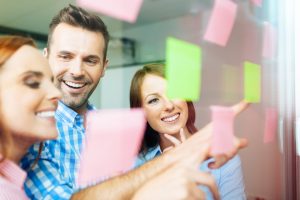 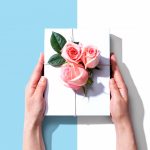 The Worst and Best Wedding Gifts You Can Buy 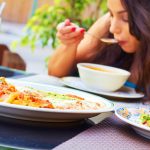 Healthy Eating in Today’s World: Tips to Help You Succeed